I began chair making in the early ’80s following the tutelage of Jenny Alexander’s book Make a Chair from a Tree. It took a few years for me to find my own voice in chair design, but by the late ’80’s I began to feel more at ease in my design experiments. By the early ’90’s I had developed a style that changed very little for the next twenty years. I played with as many ways of building in this style as I could imagine. I continued with the post-and-rung theme until about 21 months ago.

Now after 36 years, I have decided to let it go. I needed to make room in my shop and in our gallery for new ideas that have been gestating all these years and now scream their way into being.

I never tried to keep count of how many students I have taught to make these chairs. What I am most proud of is that two Chairmakers are now teaching this work on a regular basis, Jeff Lefkowitz and David Douyard. I hear rave reviews about their teaching from their graduates. It’s wonderful to see photos of happy students proudly displaying chairs they made under Dave or Jeff’s tutelage.

The new chair I make in the place of the early ladderbacks stands far apart from the techniques I used for post and rung designs. Taper locking double tenons have replaced the traditional round joinery of my earlier work. The turned rails and bark seats have given way to twisted cyma curved rails and linen composite that needs no understructure. Compound bent slats with curved, taper locking tenons replace the traditionally bent and tenoned slats of the early chairs.

We named the new design Cio (pronounced “chee-o”) which is Latin for Renew. Cio has renewed my own enthusiasm for ladderbacks and for chairmaking in general. After a 21 month gestation period, Cio also became the most expensive design effort I have ever launched…by a long shot. My earlier work tended to evolve over time. With this new design, a huge transformation developed in a process I call “finding Cio”.

What happened was a complete rethinking of structure and material manipulation that opened the door to a vast arena of exploration that excites my creative juices like nothing else I have experienced. 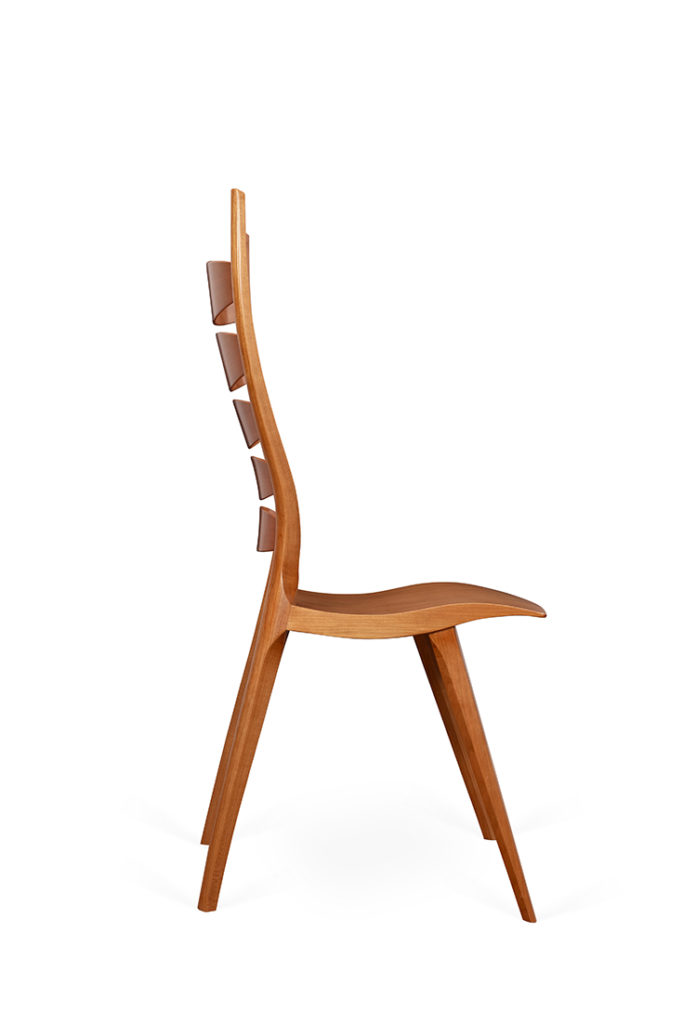 We just learned that this chair also excited some jurors who granted this new guy the GOOD DESIGN® Award. We celebrated personally with a fine dinner out and a couple of drinks. But I felt something else was being called for in celebrating not only a nice award but a new journey undertaken within the chair design world. 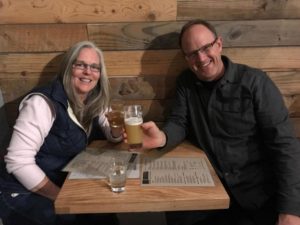 So my celebration also includes releasing my old post and rung designs to the woodworking public.

While students have been making these chairs for decades, I have asked that they not make them for sale to the public while I was still making them.  I was quite dependent on the income these guys provided for me and my family.

Now, I am encouraging others to make as many of these guys as they want.  I am not going to make them, so it will be great if they continue to be available through the hands of others.

If you are interested in building one of my post-and-rung chairs, you’ll want to contact Jeff or David to take one of their wonderful classes.

Jeff has written manuals for each of the designs which are used to accompany these courses. With this experience under your belt, you’ll be able to make these post-and-rung chairs for your family and others.

Thank you for your support over the years, and I look forward to seeing your chairs!